Apparently, once the temperature outside the orphanage reaches 75 F (or 24 C as they prefer it here) it's time to put away the knit caps and switch to bucket hats for the kids. 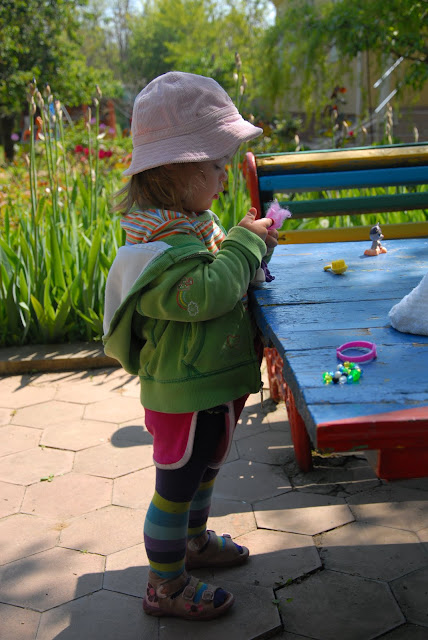 Sarah's hat says it all...(and it even says it in English!) 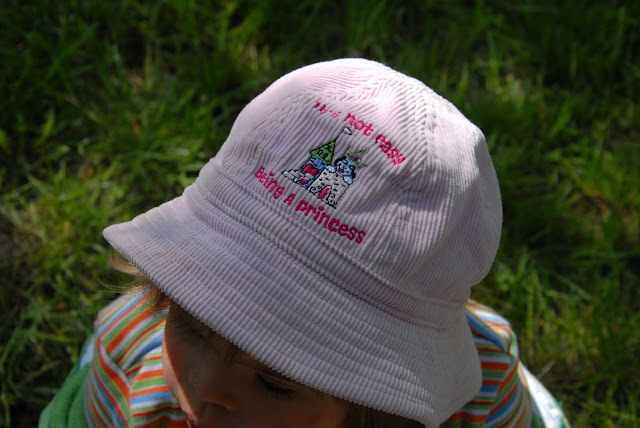 "IT'S NOT EASY BEING A PRINCESS"
Personally, I thought the pink plaid sunglasses really completed her ensemble. But Sarah made it clear that they were a bit too much and quickly removed them...


Sarah has learned to watch собака (dog, in her native language) from a relatively safe distance, but she won't give up chasing the elusive кошек (cats). 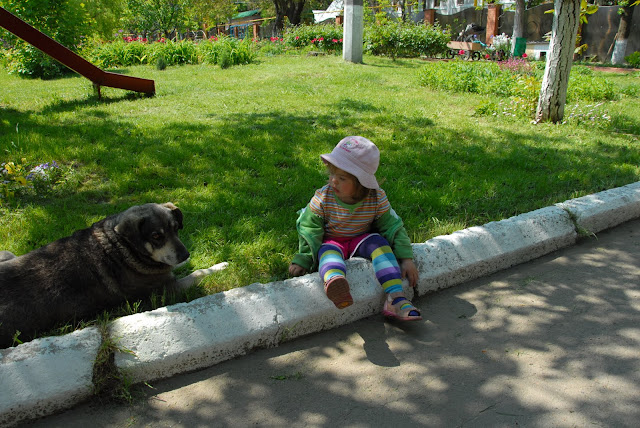 Here she is telling one of the cats what she thinks of it hiding just out of reach. She was nearly as emphatic as Shelly was in court when the judge asked her if we have any pets at home... нет! нет! (No! No!) 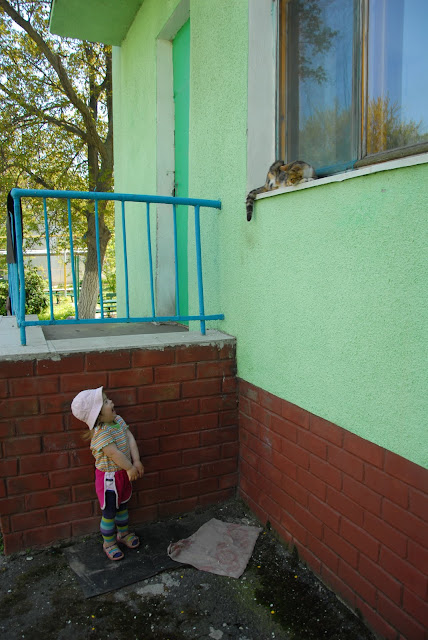 All that running around sure works up an appetite. Good thing Dad had some cookies left over from the train ride earlier this week... 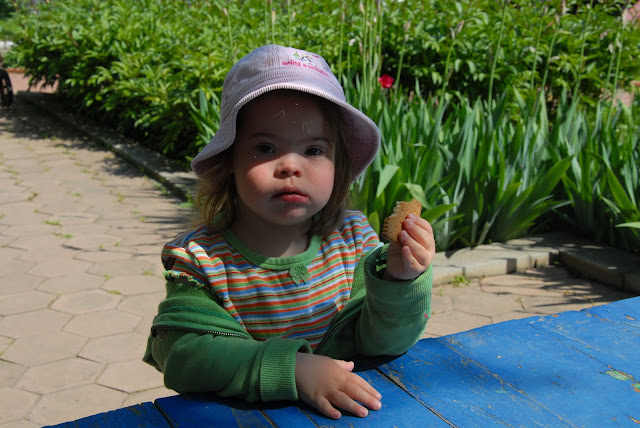 Have a happy Friday and a great weekend!