Elf Magic and the Buckeyes The seasonal Elves showed up in our home last evening.  Addyson wrote a letter to Santa so that her elf, Ellie, might return from the North Pole.  You'll see she even threw in a plea for her brother to receive an elf this year.  Last year, it sparked writing ideas beyond what I could imagine.  She would write letters to her elf, and her elf would write her back. 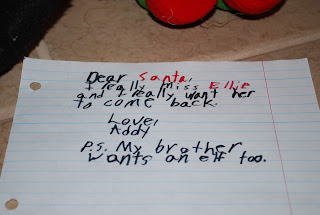 Austin received his elf and both were creating a scavenger hunt for their elves to go on.  After much deliberation and debate, they settled on hiding markers instead of candy!!! 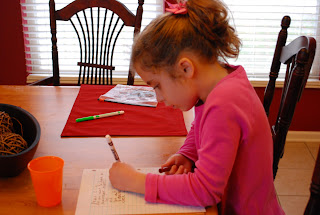 We visited some friends for the Ohio State vs. Iowa game today.  It's always a great time at their home.  Over 30 children, plus parents attended, but the main event was half-time.  Trying to get a "group" photo was a challenge!!  No matter how many times I hit the shutter, another child appeared!!  The other highlight was our friend leading the kids in a Script Ohio march in the backyard!!  You'll notice the papparazzi in the background, getting their pictures and video!! 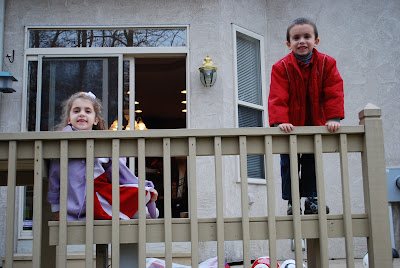 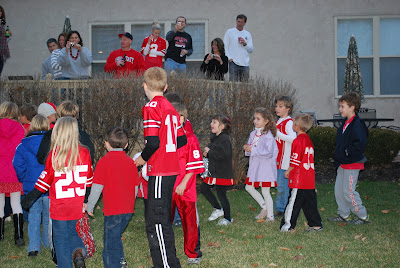 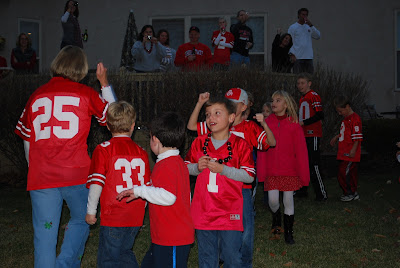 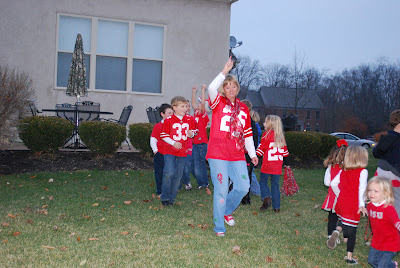 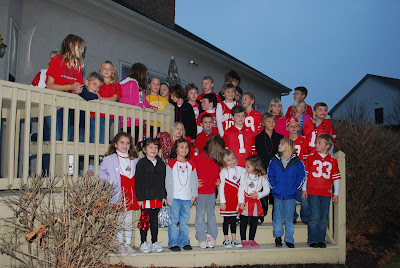